Double Rye! is a blend of two different rye whiskeys. It is also crafted to be twice as spicy (think cinnamon, nutmeg, and cloves) than your average rye whiskey. This whiskey is created from two rye whiskeys (both a minimum of 2 years old). The exclamation point is to signify our aim with this whiskey: showcase the beauty that is rye and create the spiciest rye whiskey in the world. The younger rye (sourced by High West) is produced on a column still and tastes of cinnamon, clove, anise, eucalyptus buttons, and evergreen “gin-like” flavors. The older rye (distilled by High West) made using a pot still adds a richer, bolder character and just enough caramel sweetness and woody vanilla richness to calm the “bite” of the younger rye. The resulting combination is bold, balanced, complex and perfect for mixing. 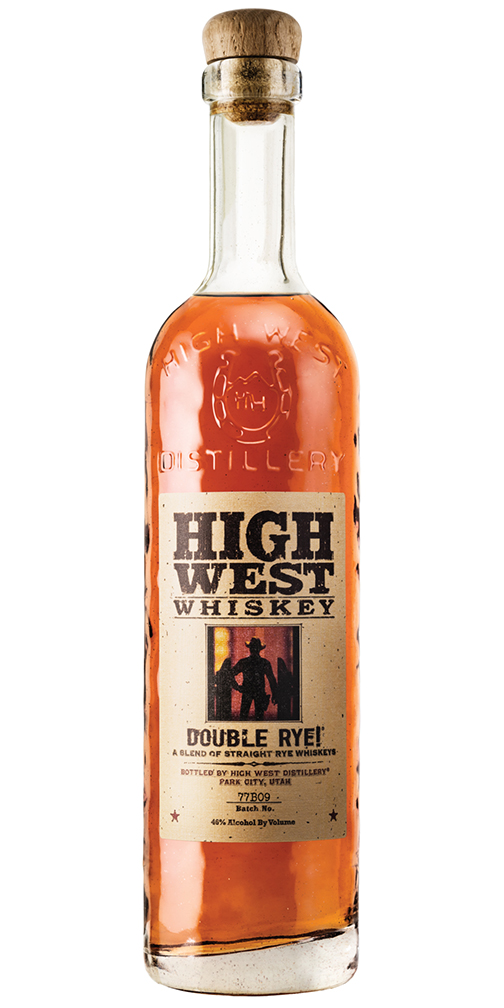 Nose: Mint, clove, cinnamon, licorice root, pine nuts, and dark chocolate, with a surprising dose of gin botanicals throughout.
Taste: Rye spices up front, then menthol, mint, eucalyptus, herbal tea with wildflower honey and all spice.
Finish: Cinnamon and mint, gradually sweetening through the finish, with a hint of anise.
Alcohol by Volume (ABV): 46%